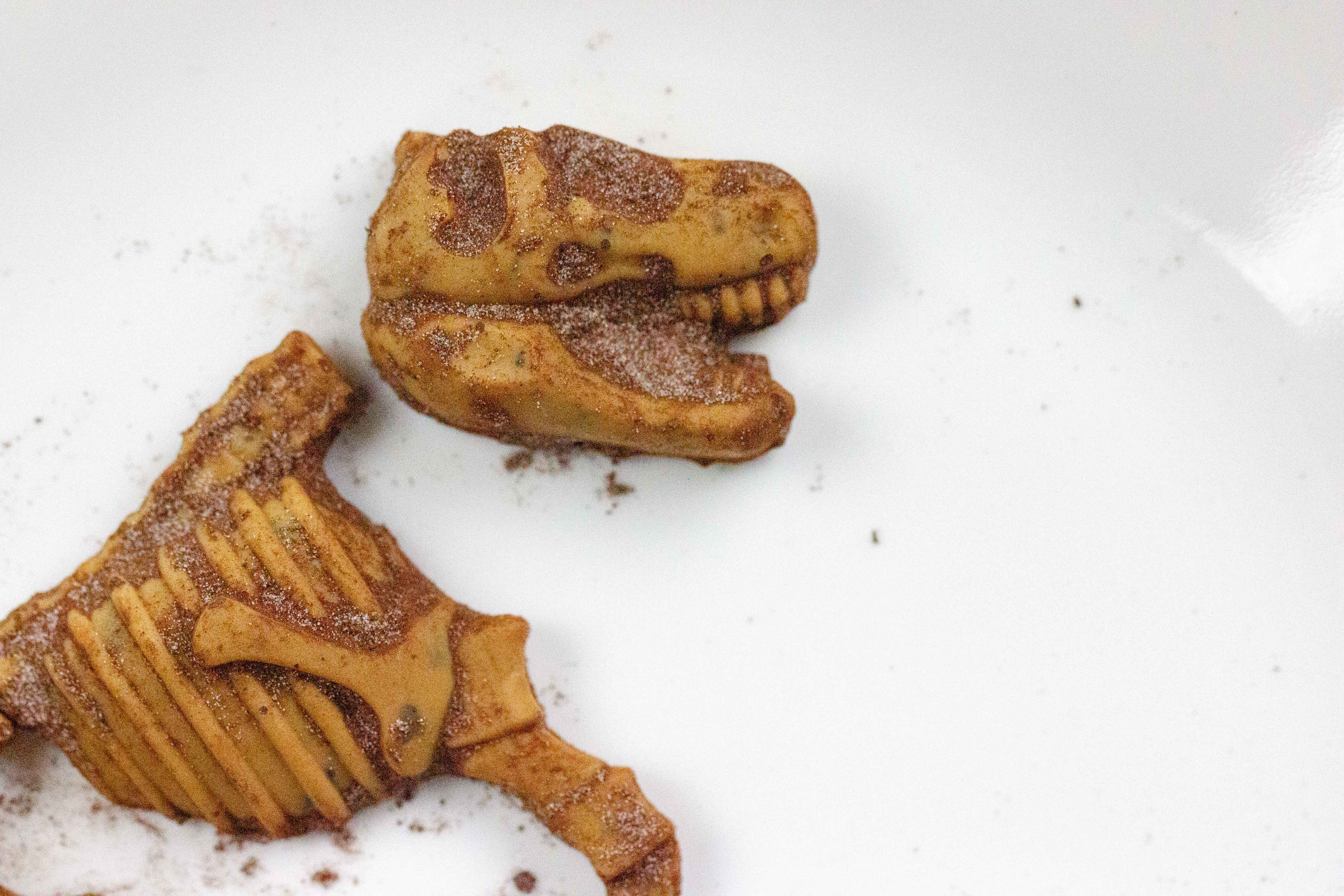 Ever wanted to be a paleontologist? Especially in the comfort of your own home, with such wonderful things like heat and electricity?

Well, Only Child Chocolate totally gets you – and made a hot chocolate Dino Dig.

I’m one of those folks who went through a major paleontology phase. As in, I was working on an evolutionary biology degree in undergrad since a paleontology degree wasn’t an option, and spent half a year interning in the vertebrate paleontology labs. (I only stopped because I realized I wanted to get a job. Sadly, getting a museum job is very, very tough, and I wasn’t interested enough in that fight.) So I was excited for this product the moment I laid eyes on it. I mean, you excavate, remove bones, it’s great! And then you get to eat them.

There are two components here: the cocoa ‘soil’ and the caramelized white chocolate ‘bones.’ The soil/cocoa mix is super soft, like you’d expect a cocoa mix to be, so it’s less excavation and more brushing/scooping away cocoa to get to the chocolate.

Apparently you can get either a T. rex or a Triceratops. (I have a soft spot for the ceratopsians, so that would have been a definite bonus.) In either case I did wish that the skeleton was a bit more accurate, but that’s only because OCC makes a to scale model of a human heart for another product, so I had overly high hopes. I also am aware that Chocolate Molds Are Tough, and it’s a pretty good job for chocolate with stuff in it. (Sheesh, look at those tiny teeth! That little hand!)

Like actual paleontology, this is fun yet messy work. It was really neat to brush my way through the ‘dirt’ in search of bones, and then to more gently brush away the excess cocoa to reveal the ribs and other details. And afterwards my hands were totally covered in cocoa, and I was glad I did the whole thing on a baking tray to control the mess. I ended up cleaning my sink as much as my hands. (But it all smelled amazing, unlike the cow fields I was in in South Dakota.)

It wouldn’t be a good food review without a taste test.

The cocoa: It’s a milky-sweet, warming cocoa, similar to chai with the cinnamon/clove combination. It’s a grown up Swiss Miss that screams time spent in front of fireplaces with a blanket and a lighthearted book. I appreciate that Only Child Chocolate managed to make something so evocative yet fairly unique within hot cocoa.

The bones: The white chocolate is lightly sweet by white standards, with a strong roasted marshmallow note. Since there was no way I was going to sit there and remove all the cocoa, it did get the added notes of cocoa, cinnamon, and clove, which was awesome and added some needed complexity. And then every bite or so I got a hit of the super fruity nibs, which helped balance the overall sweetness. It was like eating a solid s’mores.

Together: I mixed my hot cocoa with the T. rex skull. This was an excellent decision, because then the bottom of my mug had white chocolate-cocoa nib sludge. Delightful.

At $20, it was a fun way to spend an afternoon, and probably could get your kids interested in paleontology, but I wish the whole thing was easier to seal. The container got cocoa everywhere, and I put my bones into a separate bag so they wouldn’t be as messy later. I’d honestly love these both as separate products, because they’re really tasty, I just want less mess. Maybe they’ll be in a future lineup?

With Only Child Chocolate, you never know. And that’s part of the fun.