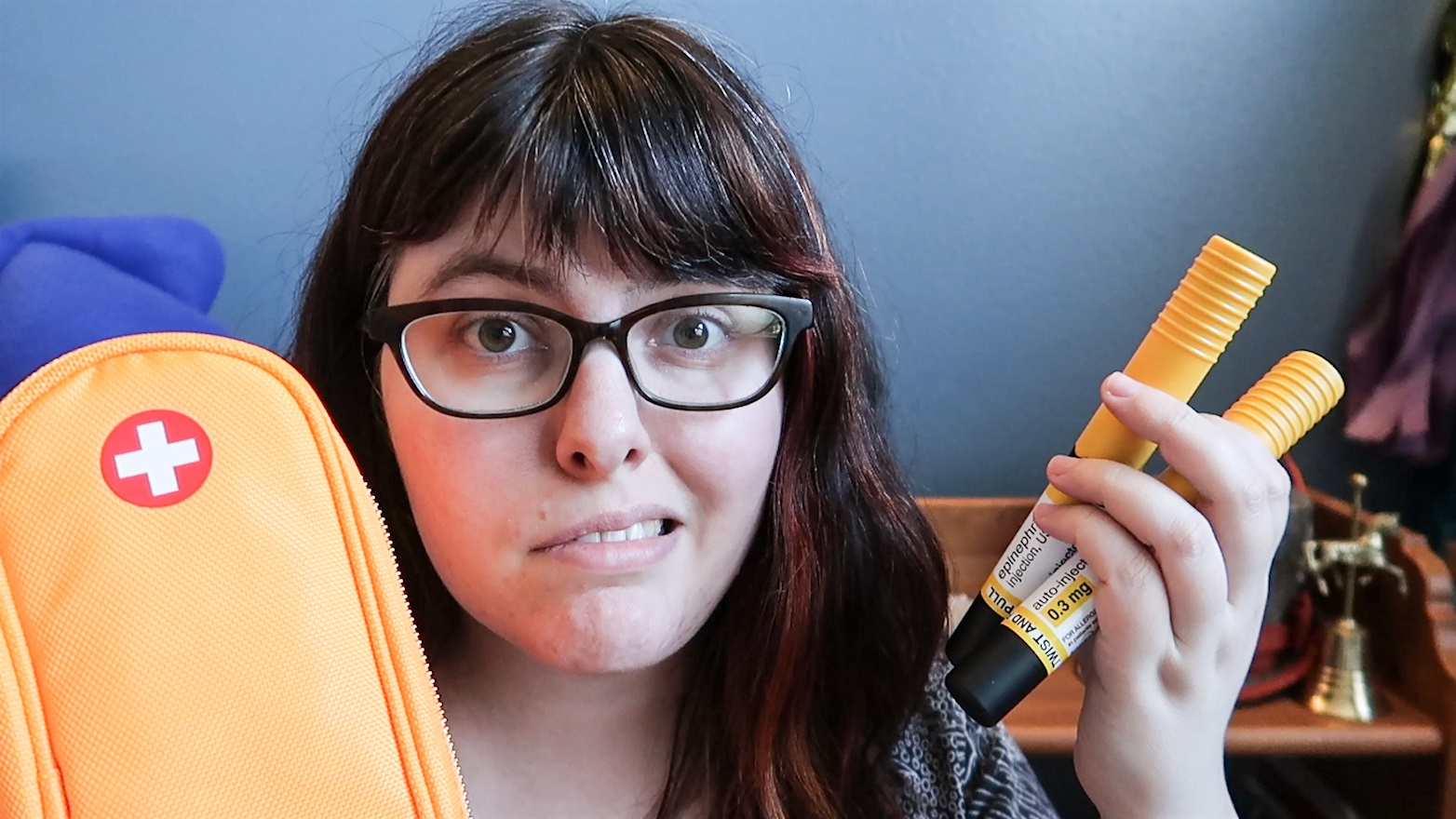 Because it’s nice to have an idea of where you’re headed.

Hi! While I haven’t posted on oral allergy syndrome here yet, here’s a quick rundown:

In 2018, I noticed that while eating raw peaches and hazelnuts, my tongue would tingle. Since that’s kind of odd, I went to an allergist who confirmed that I have oral allergy syndrome, a condition where the body thinks you’re eating a seasonal allergen (like birch or alder pollen) when eating raw fruits or vegetables or nuts because some of the proteins are the same. And then I was offered allergy shots as not necessarily a cure, since the main ‘cure’ for oral allergy syndrome is ‘stop eating that stuff,’ but a way to maybe help reduce the risk of, well, dying from this.

Here are some of my observations so far:

It really is a process, but also quickly became routine

For the last three months I’ve been on allergy shots twice a week, slowly working up three levels of increasing concentration and dose. And now I’m at what’s known as maintenance, where I go once a week. For a few more weeks we’ll be increasing the dose, and then I’ll start decreasing how often I visit until it’s done, in about three years.

I thought I would get used to it eventually, sure, but I’m already pretty much neutral about the whole thing. The hardest part now is making sure my arm is relaxed enough to reduce pain during the injection, so I try to maximize chill once I’m in the chair.

And the shots hurt, yes, but for much less time than a flu shot. It’s more itchy than anything, and thankfully they’ve had some tricks up their sleeve to make things itch less. (I surprisingly like taking the option to split my dose between both arms when it’s available, as not as doses can be split. Yes, more shots, but far less itch.)

I’m maybe on track for recovery

Now this is not actually expected, because again, no cure. But I ate some strawberries a month ago and it went okay.

I should preface this with the Largest Caveat Ever that 1) you shouldn’t just test allergens willy-nilly and 2) strawberries are my weakest reaction. So weak, in fact, that I often forget that I’m technically allergic to them – which is why I ate them in the first place. I don’t recommend self-testing of oral allergy syndrome ever, and I’m lucky that things went okay.

Doesn’t mean that I’m not a little hopeful. I’d really like to try eating a peach with doctor permission this summer, with epipen on the ready and probably in walking distance of a hospital. Because duh.

For even more info, I made you a video! Check it out: