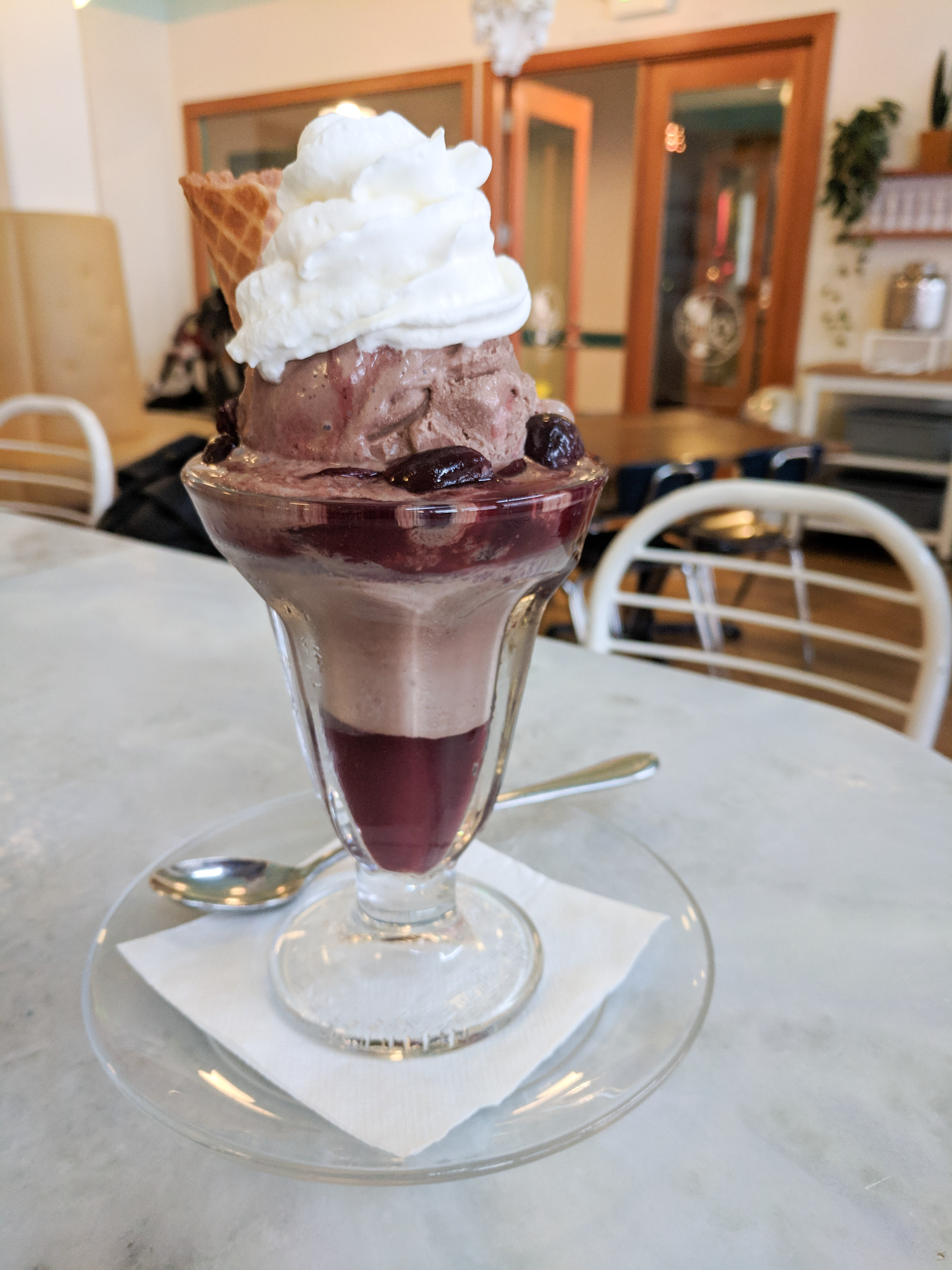 This post was supposed to be all about the Shug’s Soda Fountain February lineup. Instead I’m going to gush for a few paragraphs about their cherry compote sundae and why you should get over its name and eat it.

(A heads up: Shug’s hosted me, but they didn’t sponsor this and they have no clue I’m blogging about it.)

To be fair to the rest of the lineup first: it’s solid! The hot cocoa float (yes, you read that right) got a seasonal shakeup and the pink marshmallows are just adorable. The churro-fied waffle cone is a touch messy because it’s covered with even more cinnamon than the average churro, but you won’t care after that first bite because cinnamon-sugar crusted waffle cones are awesome. And there’s a new prosecco float that looks very lovely but as I don’t drink I can’t tell you anything interesting about it.

Okay, back to the cherry compote sundae.

If ordered with the recommended decidedly chocolate ice cream, this is really a sweet-savory riff on the chocolate covered cherry. The compote is chai-scented, with cinnamon, black pepper, and cloves as the major players. The cherries are earthy-sweet, but not cloying, and the chocolate ice cream is soft and cocoa flavored. It’s far more subtle than you’d expect for something topped with a waffle cone slice and whipped cream.

That’s because of who created it: Paige Kang, the new general manager at Shug’s. If that name isn’t ringing bells, she’s mainly known for her Instagram feed @seattleontherun, which is half food photos, half poetry. Lady goes for delicate, balanced flavors, and she’s bringing them with this compote. (She’s also a friend of mine. Hi Paige!)

So it’s not your traditional 1950s soda fountain treat. It’s what you want now, over ice cream, ideally in front of a roaring fireplace with a thick leather bound book. (Seriously, if you can somehow get this in a smaller stemmed glass, I think that would be swanky.) It’s ludicrously elegant for a dessert that requires its own plate to catch the spillover. And I am here for this.

Now to see what happens with the March lineup.