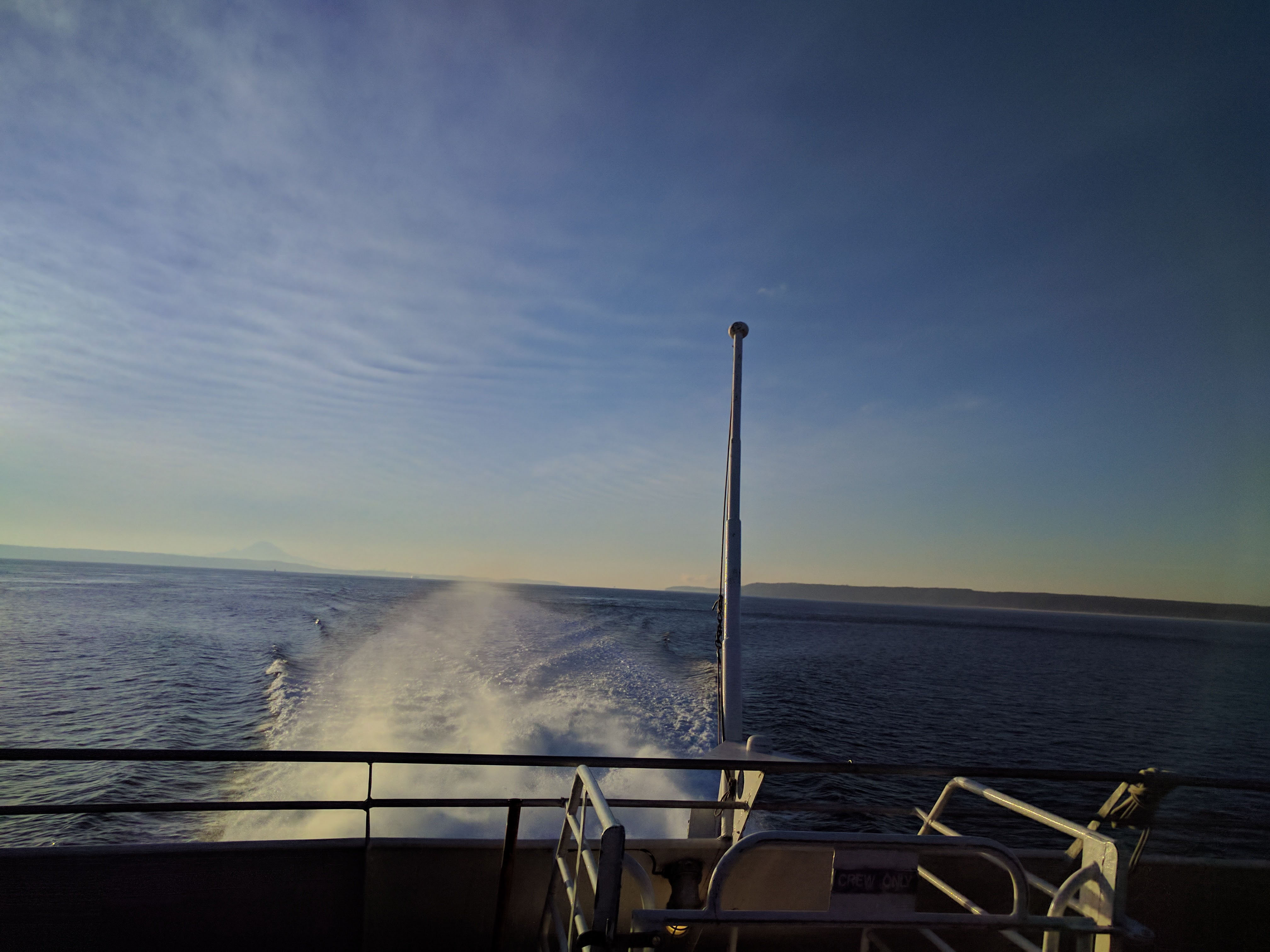 In this week’s post: Victoria! Tea run! A ship! Tiaras! Let’s do this.

Note: This was originally released in January 2017 on Seattle Dessert Geek. I’m moving my archives over and this was a sponsored post from Victoria Clipper. Moving on!

So on a cold night back in December, some of my friends and I decided it would be great to go up to Victoria in the balmy month of January. After all, Victoria Clipper had this day trip deal to have tea at the Fairmont Empress, which sounded rather neat. And then it got put on Facebook and snowballed into a GIANT TIARA TEA PARTY.

(My ticket and tea were sponsored by Victoria Clipper, which changed nothing for my plans except now I had more money for potential chocolate. I mean, would you turn this ridiculousness down? No way.)

Still, waking up at 6 am to catch the Clipper? Not fun. And sometime around seven I remembered I wasn’t going on a ferry – I was going on a much smaller boat. In January. Should I have bought a dramamine? Was I going to freeze?

Good news! They offer complementary nausea meds on board! Which luckily I never needed. (My friend Bonnie, who lives in Victoria and regularly takes the Clipper, told us that there are definitely days where you do. Good to know.) Instead I got to see the views, which I don’t have any decent photographs of because the windows get hit with so much saltwater spray.

The Clipper itself felt like being on a cross between a nice-ish economy section of an airplane and our local ferries. (It is a ferry, just not a car + passenger ferry like what you’d take to Bainbridge.) Seats either faced forward or were clustered around tables, but everyone had an individual seat. And like ferries, you can go to the observation deck! Though holy whoa is it windy up there. Do not wear summer-weight skirts unless you’re ready to pin that sucker between your knees and waddle about.

We arrived shortly before 11 am, groggy and with time to kill before the 1 pm tea time. Which we spent wandering around the windy and adorable downtown core. Really, everything was cute. And frozen!

There was also an interlude for cronuts. I regret nothing. (The chocolate place I had wanted to visit was closed, so s’mores cronuts from Crust Bakery happened instead.)

On to the Fairmont Empress for tea!

Have the required “Oooh, fancy” shot. I personally think it’s prettier up close.

So. The tea. Service-wise, they’re impeccable. Fast, obvious care for their work and tea, and they were clearly amused by the tiara brigade. Our only real challenge was trying to get the person back so we could tip them. (Seriously, that was tough, since we needed to pay by card. We were all let us tip you! and they were off helping other people. Bring cash if you want to tip quickly, I guess?)

We were all incredibly envious of the fireplace seats.

Food-wise, this is one of the best teas I’ve experienced. The shrimp cup? Adorable! The scones? Nice and fluffy! The lovely chocolate mousse cake which needs to be sliced by the pound! And the rose tea I ordered was a great accompaniment and palate cleanser, not super floral but still clearly rose tea. The only part I wasn’t a fan of was the coronation chicken, which for me needed a toasted brioche bun to really shine.

I found the desserts to be on the sweet side. (This is super normal for high teas in the US, since they’re usually a thing grandparents take their kids to. This time I actually got to eat more than one without getting a toothache.) They were also generally fun in a way I don’t see in most tea platings. Like the cassis champagne mousse in a white chocolate cup, as delicate as it was, really tasted like a fluffy shrine to yogurt-dipped berry Pocky, hold the biscuit. (Maybe for gluten-free folks missing their childhood treats? They did have a gluten-free tea service that also included this dessert.) Or the tiny lemon meringue tart with lovely waves of meringue and freeze-dried raspberries, which was freaking adorable.

My request to the Empress: have a menu option for just a pot of tea, maybe 1-2 sandwiches, and a giant pile of scones with clotted cream and jam. The scones absolutely were the stars of this show, and I’m easy to please with carbs. I would never leave.

We left, very full and very tired. And probably all collapsed the second we got home.

Would I do this again?

Yes! My main issue wasn’t with the trip, it was with the timing. Waking up at six is not fun. I’d prefer to arrive in the afternoon, sleep, and have a full day out.

Since it’s not cheap ($171 for the package when I booked it), it’s definitely a ‘special occasion’ kind of deal.

What would I do differently next time?

No January bookings. I want to be, well, warmer on my mini-adventures.

Have you tried this day trip to Victoria? What did you think?

This post was supported by Victoria Clipper and The Fairmont Empress Hotel & Tea Room. All opinions are so very my own.